Yvonne was awarded Member (AM) in the General Division of the Order of Australia ...

Yvonne was inducted to the Victorian Women's Honour Roll ...

Engage Yvonne to optimise your chances of success and more ...

Yvonne believes that everyone can excel in music, given the right guidance and inspiration ...

About Dr Yvonne Ho  AM 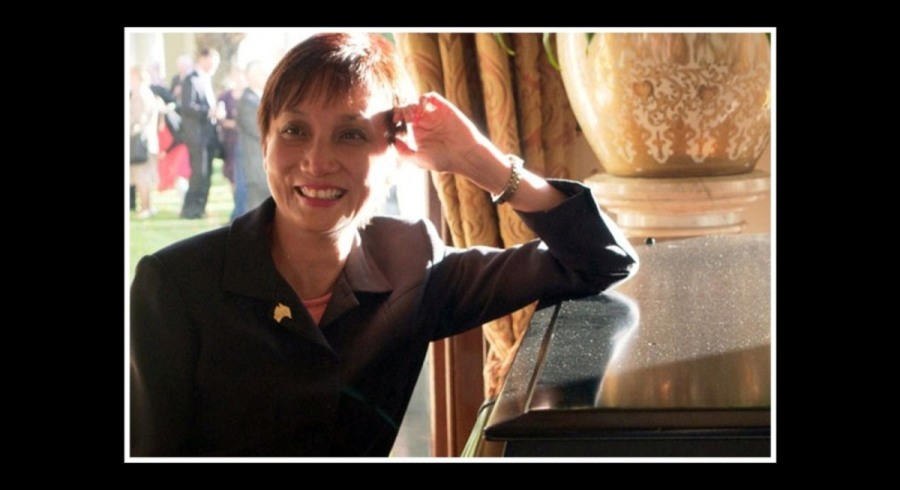 As a medical specialist, she is a general radiologist with subspecialty interests in nuclear medicine/PET, musculoskeletal imaging, administration and education. After graduating with MBBS and FRANZCR, Yvonne has worked in both the public & private sectors in Australia. Subsequently, she became Assistant Professor and Divisional Head of a prominent radiology department in a tertiary, teaching hospital. Yvonne is an invited speaker internationally, and has presented papers and posters worldwide, including North America, Europe, Asia and Australia. She serves on various Boards, Council and committees of Australian public organisations. She is a connector, a people's person, a team organiser.

Yvonne is unique because she has an established parallel career in music. She obtained her music qualification while she was still at school, and has been a music educator ever since.

She established Charteris Music School with a vision of high quality fun learning. She unites our communities in music and song, with enjoyable and sociable ensembles and lively choirs. She too believes that "music can change the world because it can change people". It is her symbolic gift to the future.

More recently, she has also become the Director of Cambridge Healthcare, an innovative business in medicine and in medical education.

Yvonne is a Graduate of the Australian Institute of Company Directors.

In 2019, Yvonne became the Deputy Chairman of the Order of Australia Association Ltd (Victoria).

She is the first woman radiologist to be non-Executive Director of the Board of the Royal Australian and New Zealand College of Radiologists (RANZCR).

Yvonne was awarded Member (AM) in the General Division of the Order of Australia in 2015. The Order of Australia, instituted by Her Majesty Queen Elizabeth II on 14 February 1975, was established as "an Australian society of honour for the purpose of according recognition to Australian citizens and other persons for achievement or for meritorious service".

In 2014, she was a winner of the Australia Awards. These are internationally competitive scholarships and fellowships funded by the Australian Government for global leaders to undertake study, research and professional development abroad.

She became an inductee of the Victorian Honour Roll of Women in 2013. This Honour Roll celebrates and publicly recognises the achievements of inspirational women of the Australian state of Victoria.

Yvonne is an Australia Day Ambassador for the Victorian Government, a public speaker and an invited Master of Ceremony (MC) for a variety of events.

Apart from being a musician and a medical specialist, she also has a track record in business as the co-founder of an international marketing firm. Her life experiences have resulted in wide-ranging networks in business, health and music in Australia and South East Asia.

Yvonne is a direct descendant of Dr Wu Lien-Teh (伍连德) , a King's Scholar and the first person of Chinese heritage to graduate in medicine at the University of Cambridge. She is also related to Leslie Charteris, British-American author and screenwriter, best known for his many books chronicling the adventures of Simon Templar, alias 'The Saint'.